Jack Mundey: why the inspiration lives on 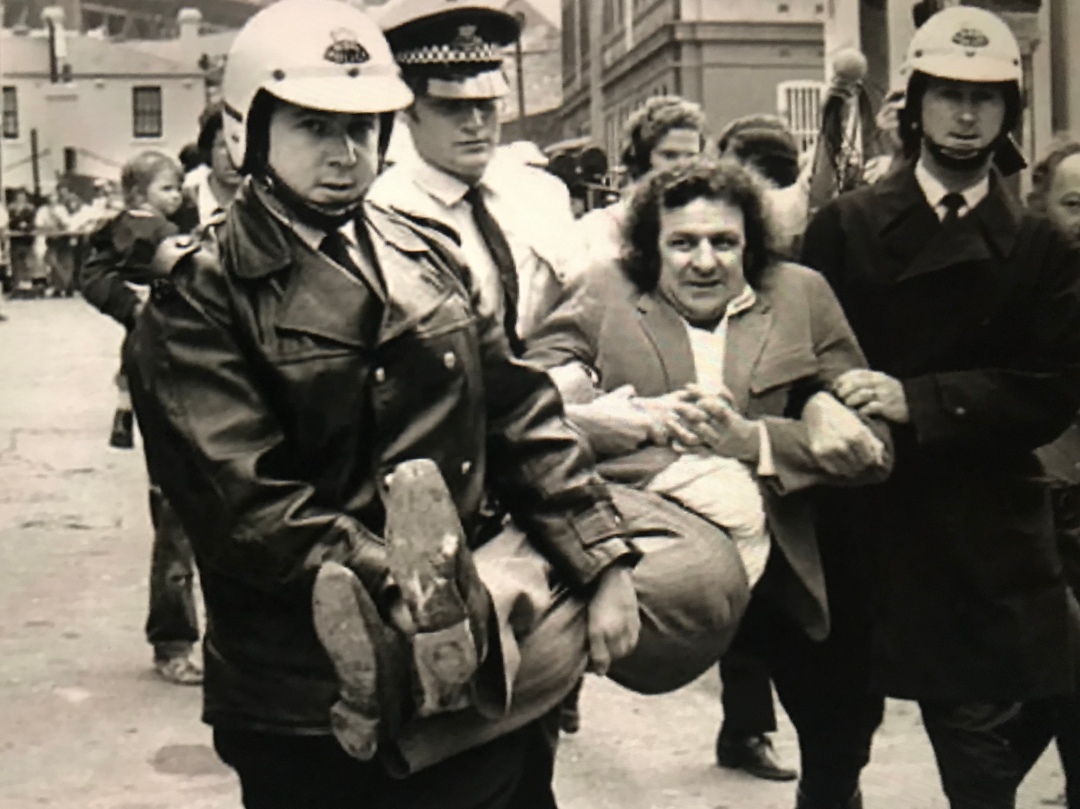 In the early 1970s Jack Mundey led a union of builders labourers that took strike action and imposed bans on developments that were then worth around $5 billion. At the time, Jack and his union, the Builders Labourers Federation, were intensely vilified. Death threats were common. The BLF were challenging the power of developers, a corrupt state government, the Master Builders Association and sections of the media that were used to getting their way when it came to development and construction projects.

Fifty years later, when Jack died on 10 May 2020, his passing was marked with an outpouring of appreciation, love and acknowledgement for his extraordinary achievements. The turn around in attitude towards Jack was not just because of what he and the BLF achieved but also because of his inclusive, respectful, courageous style of work.

The story of how a working class boy from the Atherton Tableland in Queensland not only chalked up many wins against powerful corporate interests but also played a leading role in changing the face of left politics is deeply inspiring.

Jack came to Sydney to play rugby league for the Parramatta Club. Jack said he arrived with “stars in his eyes”.  In the 1950s rugby league was not rich and so players had to work. Clubs often helped players find a job. For Jack his was in an iron foundry. He played three seasons with Parramatta and by the end of the 1950s was working as a builders labourer. Jack’s father had taught him about the importance of unions.

Joining the Builders Labourers Federation was an eye opener for Jack. In the 1950s and early 1960s workplace conditions were virtually non-existent. Some union officials were corrupt and workers who tried to organise for better wages and conditions were sometimes bashed. Workplace deaths were not uncommon, particularly for dogmen, the workers who rode on loads of building materials when they were lifted by cranes to the top of multi-storey buildings. Many more building workers suffered terrible injuries.

Rebuilding the BLF as a democratic, members run union could be described as Jack’s first achievement. It was certainly one that laid the basis for the Green Bans movement and the social movement unionism that came to characterise the BLF. Jack became the NSW union secretary in 1968.

In 1970 the success of the Union’s campaign, “Civilise the Industry”, was largely attributed to the direct action taken by members. Dedication to the members’ needs dominated the work of union officials. Members were actively encouraged to play an active role in their union and not just on campaigns around workplace wages and conditions.

In the 1960s the union was a strong supporter of the small but growing anti-Vietnam protests. In May 1965 Jack along with two other activists were the first people arrested in a political sit-in – these days called an occupation – in Australia. The protest was against the Menzies government’s decision to send conscripts to join the US and Australian troops in the Vietnam War. The NSW BLF was also involved in land rights for Indigenous communities campaigns and they supported the “Stop work to stop the war” campaign to get Australia to pull out of the Vietnam war. In later years the union broke new ground by employing women organisers and supporting women to be employed on building sites.

This broad political approach to union activities was influenced by the politics of the Communist Party of Australia. Jack had joined the party in the 1950s and in the 1970s was elected party President. He became a strong advocate for socialism with a human face. The BLF’s participatory democracy was inspired by the democratic unionism promoted by the CPA.

It was this style of organisation that helped foster support for the concept of the social responsibility of labour. The NSW BLF under Jack’s leadership argued that workers had the right to insist that the work they undertook was not harmful to the environment or other people. This was not just the belief of a few union officials but was understood and supported by large numbers of builders labourers.

This aspect of Jack’s work is the answer to the commonly asked question: how did a group of working class, poorly educated men, many of whom were migrants so English was not their first language, come to support campaigns that were essentially for environmental, feminist, LGBTI and international solidarity causes? In many cases these union members were happy to take strike action to support these causes.

Jack regularly spoke about the right of workers to use strikes and other industrial tactics to achieve their demands. BLF members were essentially being educated on the job. So when a group of middle class women from Hunters Hill in 1971 asked the union to help them protect urban bushland that would have been wiped out if the developer, A. V. Jennings, was allowed to proceed with its harbourside project, members readily agreed to refuse to work on the site.

Between 1971 and 1974 more than 50 Green Bans were backed by the union. The requests were many. The union required that all requests had to come from the community and have ongoing community involvement. Then on the union side every ban had to be voted on at a general meeting.

This strong democratic backing for each Green Ban helped build on the ground support. While these days we enjoy the successes of the Bans it is timely to remember that the struggle itself was very tough and dangerous. In his book “Jack Mundey – Green Bans and Beyond” Jack describes the police response when BLF members and community members occupied houses at the Rocks: “…armed with crowbars, siege-hammers and axes, the sweating policeman finally smashed down the barricades and the arrests began”. Jack and his family were subjected to a number of death threats, but at no stage did they weaken their resolve to back bans to save urban bushland, public housing and heritage sites.

The breadth of the Green Bans successes are truly amazing – public housing and heritage of the Rocks saved, all of Centennial Park and the Botanic Gardens retained, housing for the Aboriginal community in Redfern and homes and street scapes in Glebe, Darlinghurst and Woolloomooloo saved, the expulsion of a gay student from a Macquarie University residential college stopped, and the right of two women academics to teach a women’s studies course won – and the successful campaigns were not all in Sydney.

In 1975 Birmingham workers established a Green Ban Committee and refused to knock down the Birmingham Post Office. That year Jack had spent a number of months on a speaking tour of Britain as a guest of the Centre for Environmental Studies. Jack’s international influence was significant in the 1970s and 1980s. He was the only Australian to speak at the United Nations Conference on the Built Environment and he attended many other international events.

Another of his lasting legacies arises from the name the Greens. Petra Kelly, a German environmentalist, visited Australian in the 1970s. She was intrigued by the Green Bans and the work of the BLF. At the time she and others were in the process of setting up a new political party. They were looking for a name and after returning home the German Greens, the world’s first Greens party, was formed – its name inspired by the Green Bans and what Jack and the BLF were achieving. In turn the Australian Greens took their name from the German Greens.

In the early 1990s Jack joined the Greens. He was an active member of the Canterbury Greens Local Group supporting local campaigns and giving out how-to-vote cards on election day.

Jack never ceased his life of political and social engagement. He actively supported progressive campaigns up to his late 80s.

In 2016 Jack spoke at a press conference at Bondi Beach when officials of the CFMEU NSW Construction Division surrounded by hundreds of members of the local community, announced a Green Ban had been placed on Bondi Pavilion. The ban had been requested by the local community to stop a Liberal plan to privatise the Pavilion.

The principles of strong community engagement, rank and file union support, and direct and democratic action that Jack had modelled decades earlier were successfully utilised to win this campaign. Bondi Pavilion was retained as a public asset for community purposes.

Generations of concerned citizens, young activists and union members have been radicalised by the politics Jack espoused. More will be. The challenges of these COVID times will once again demonstrate the need for the social-movement unionism that Jack so strongly backed.

Jack is survived by his partner, Judy Mundey.

(This article was first published in Progress in Political Economy)