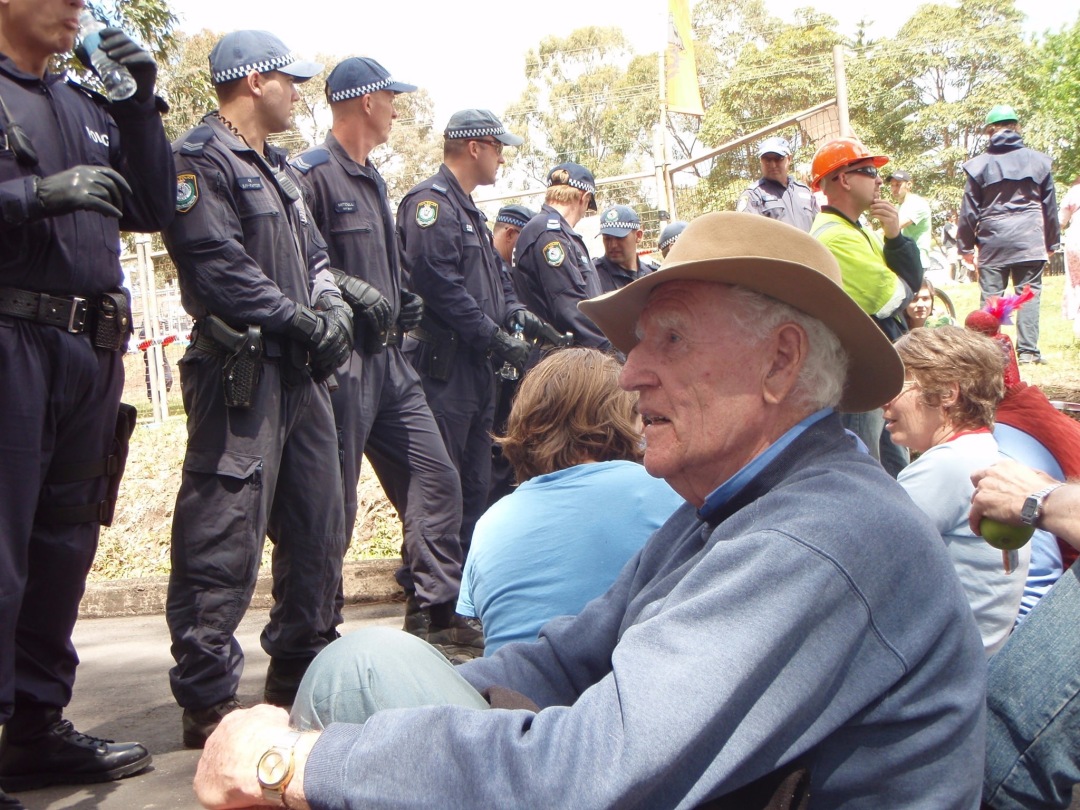 His life and work for climate action and social change is being widely celebrated amongst activists and climate justice circles and on social media.

Over the past decade Bill had become well known for his courageous participation in a range of climate actions. He was arrested seven times at climate protests and coal industry blockades.

His activism stretches back to the protests against the Vietnam War and Apartheid South Africa in the 1960s and 1970s.

Bill worked for many years at the GPO in Martin Place as a postal worker. He was a committed union member. He was also a member of the Greens NSW. He said he joined the party because he supported its policies to make the world fair and just for all.

Bill’s experiences of war in New Guinea lived with him all his life. He was a passionate supporter of non-violent action.

Col Ryan, Bill’s son said, “I am immensely proud of my father. It was an honour to go to so many protests with him. Dad knew how urgent it was that we take action to reduce greenhouse gas emissions. We need to continue Dad’s work.”

Former Greens Senator Lee Rhiannon said, “It is an enormous loss. Bill set a high standard for all of us. Just last Friday he was with the Knitting Nanas at a climate protest in Martin Place.”

Greens MP David Shoebridge said, “Bill led a principled and inspiring life. We are celebrating the example he set throughout his life.”